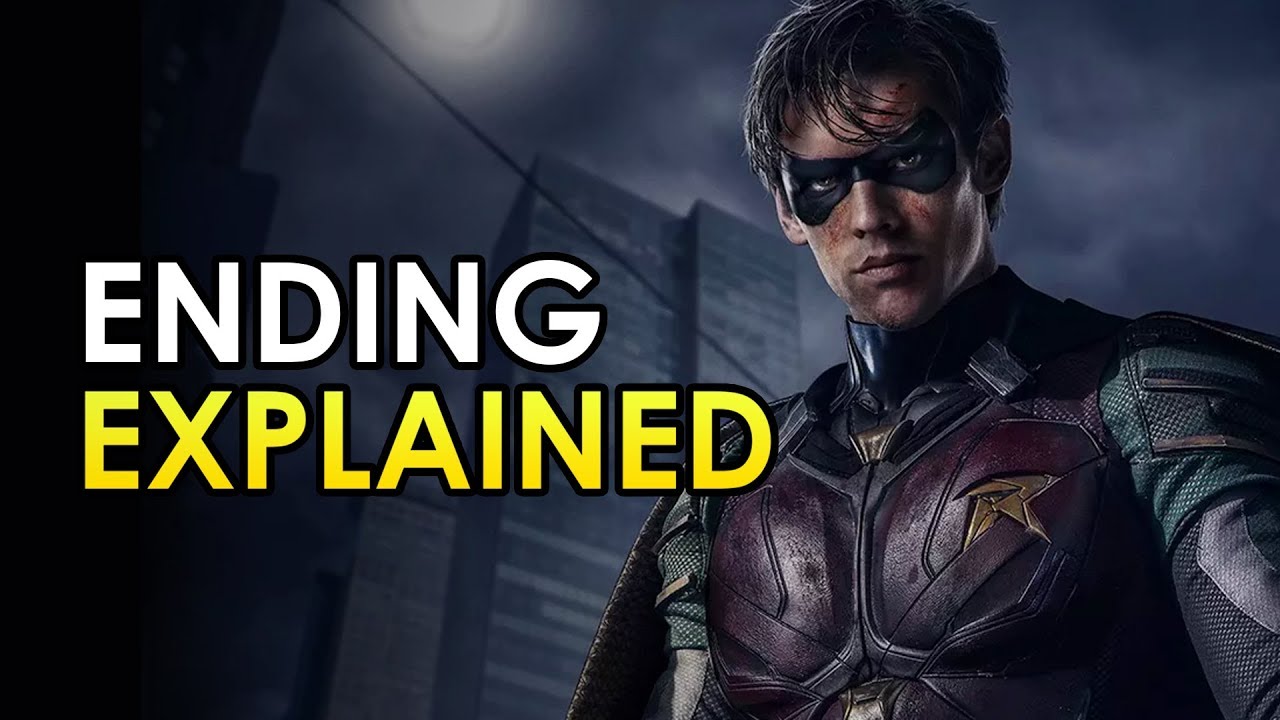 Welcome to my Ending Explained breakdown of DC Titans: Season One in which I discuss all spoilers from the Finale and it's post Credits scene.

DC Titans just concluded it’s first season with a hell of an ending. The show treated viewers to an amazing finale as well as an extra scene after the credits that introduced a familiar location and two big characters into the Universe.

Throughout this video I will be breaking down everything that you need to know about the episode as well as it’s post credits scene.

There will, of course, be heavy spoilers, so if you don’t want to have the shows ending ruined for you then I highly suggest that you turn off now.

For everyone else, I’m Deffinition and welcome to the channel where I ruin it so you don’t have to.

DC Titans: Ending Explained
The finale of Titans follows Dick Grayson as he attempts to track down and stop a Batman that has went completely off the rails and began killing his rogue’s gallery. This is because The Joker killed Commissioner Gordon and now it seems that Dick Grayson is the only one who can stop the Dark Knight from doing more damage. Grayson is recruited by Jason Todd and heads off into Gotham which has turned into a hell hole.

By the episode’s end we in fact learn that this had all been a hallucination, orchestrated by Trigon. Throughout the dream Trigon presents Grayson with several opportunities to return to his happy and blissful life in the dream or to delve further into Gotham’s underworld which he does.

As Batman goes fully off the deep end, murdering his Rogues Gallery entirely, destroying all the good that was left within him, Dick kills him in order to stop him from going any further. Throughout the series Dick has constantly battled with his good and bad side and this final plunge into darkness is beautifully orchestrated by Trigon in an attempt to send the character full off the deep end.

Trigon explains that this has been his end goal and with Dick now fully aware of what he is capable of should he lose self control, we are left with the cliffhanger that the hero may have lived long enough to see himself become the villain.

DC: Titans: Post Credits Scene Breakdown
We are then treated to a post-credits scene that starts off with a bang by introducing the City Of Metropolis into the show. From here we are taken to a lab that sees doctors completely ripped apart and witness a seemingly naked man. As he walks along we get a glimpse of a Superman logo that is tattooed on his shoulder, confirming that this is in fact Superboy.

But the big reveals don’t stop there and Superboy then tears the hinges off a dog cage which is revealed to have Krypto behind it. Fans of the DC universe will instantly recognise the dog and it’s clear that going forward he will be a companion of Superboy.

Where they will take the character is unknown as in the comics he pretty much didn’t kill or do anything to harm people whereas this is taking a firm stance that he is a villain. How it plays out remains to be seen but I can’t wait to see what the show has in store for the future.

Your Thoughts
So, what are your thoughts on the Titans Finale and the series as a whole? Comment below and let me know!

Copyright Disclaimer under section 107 of the Copyright Act of 1976, allowance is made for “fair use” for purposes such as criticism, comment, news reporting, teaching, scholarship, education and research.