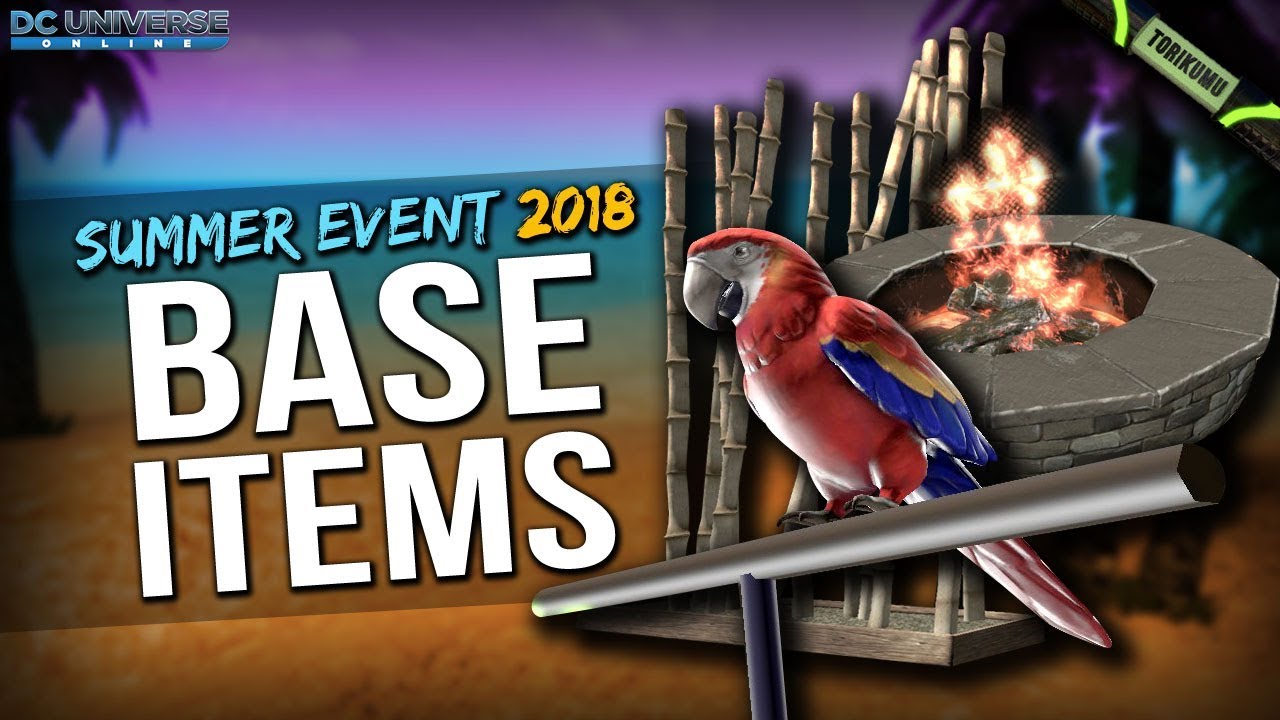 The Parrot Base Pet and 19 other Summer-themed base items were added as part of the 2018 update to the DCUO Summer Event: The Tides of War.

The Parrot Base Pet sits atop a perch, bobbing around and occasionally dancing. The Parrot doesn't leave the perch at all and I wasn't able to get it to interact with any of the other base pets. The Parrot does play sound effects, but a technical hitch prevented me from recording them at the time I recorded this video.

The other 19 base items continue the beach party/tiki theme that has been on going for several years. This year sees an animated Fire Pit, complete with realistic flame. There is also a Bamboo Shower base item, which, when activated, has a water effect.

The complete list of base items featured in the 2018 update are:

Upon collecting all 20 of these base items, players will unlock the "Superhero Staycation" feat, a 1 star feat worth 10 feat points.

Upon collecting the Parrot base item, players will unlock the "Release the Crackers!" feat, a 0 Star feat.