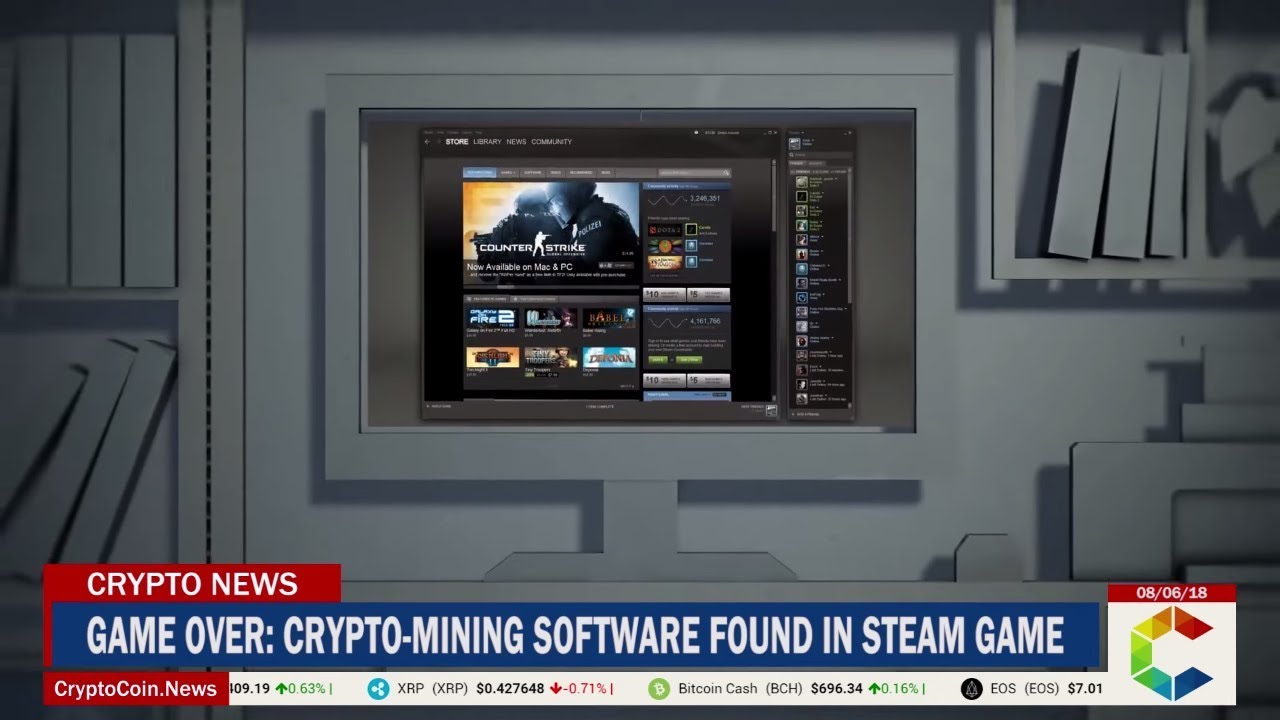 A PC game has been pulled from the Steam marketplace after it was discovered to contain cryptocurrency mining software. This isn’t the first time Steam has found itself the victim of attacks by scammers, but the infiltration of malicious crypto-mining software does represent a first for the internet’s largest gaming platform.

On Monday the 30th of July, Steam users started to notice that a recently-added game, Abstractism, was using inordinately large amounts of CPU and GPU power. When gamers took to Steam forums to voice their concerns, they were told by the developer of the game that this was completely normal and that they should turn down their graphics settings.

Eventually, enough users raised concerns that the online media shone a light on the story and ultimately alerted Steam to what was happening on their platform. Users contributed screenshots of their anti-virus software flagging the game, and it was established that they had been unknowingly mining Monero for the game developer.

Interestingly, the game was designed to be maximally effective for cryptocurrency mining, by encouraging players to keep the game running for long periods of time. Unlike most games, Abstraction focussed on atmosphere and aesthetics rather than complex gameplay. At the same time, there was no official end to the game, meaning the crypto-miner could conceivably have been running for longer than the average game’s shelf-life.

The game details have since been removed from Steam, but while it was up it described itself as having:

“…one really special feature – there is no “Game Over”! But instead, there is an ASMR soundtrack, a stylish minimalistic design and a relaxing atmosphere inside!”

But the scam didn’t end there. The game also mimicked purchasable items from other games, so a gamer who thought they were buying an in-game item for Team Fortress 2 found that they had actually spent money on an item for Abstraction which was unusable within the context of the game.