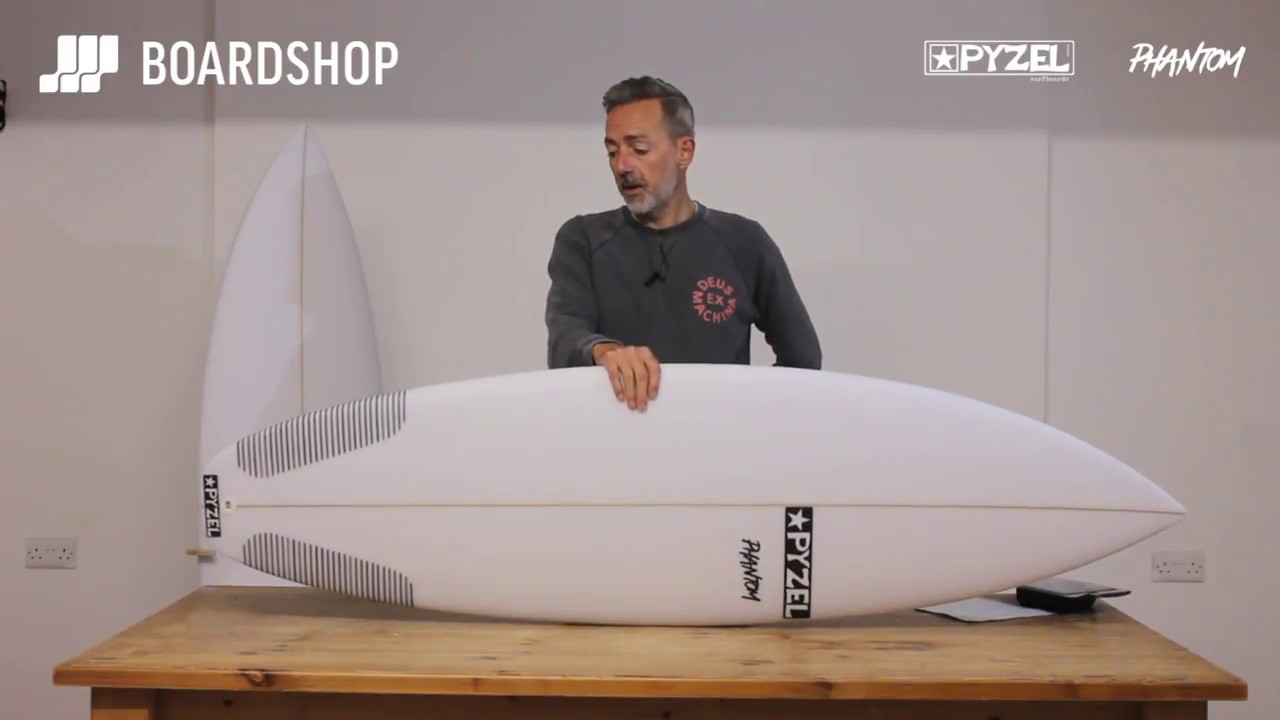 The Pyzel Phantom was introduced to the Pyzel line-up as a step-down version of John John's go-to Ghost model which has been a huge hit worldwide.

It was soon apparent that the Ghost was at it's best when the waves were shoulder high and above and that a 'step-down' version was required for the majority of surfers who aren't blessed with pristine 6ft + conditions when surfing their home breaks.

The Phantom is a scaled down version of the Ghost with a little more foam where you need it making it an ideal shortboard for those average conditions most of us encounter at home and on our travels.

The rocker has been left the same but with more single concave to flatten out the centre for extra speed and flow without detracting anything from the original Ghost's performance.

Adding more width at the nose and tail effectively straightens out the rail line creating a more parallel and forgiving outline and a board which is faster over flatter and slower sections of the wave.

The Phantom has fuller rails than the Ghost, far from "fat" just a little more volume for more buoyancy and speed but still really sensitive.